A few weeks ago Matt Kirschenbaum spoke about Len Deighton, the British spy novelist whose Bomber (1970) is considered the first novel written on a word processor. Len Deighton was also a fairly prolific cookbook author. But Deighton didn’t write his cookbooks on a word processor. In fact,  he did quite the opposite: he illustrated most of his recipes in comic strip form. The recipes appeared in a regular column in the London Observer as “cookstrips” and then in several cookbooks throughout the sixties and seventies.   I’m a huge fan of his cookbooks and thought I’d share some of his strips here. Deighton’s cookbooks also demonstrate that while he might’ve embraced technology in some areas of his work, he was open to many forms of literacy and communication. 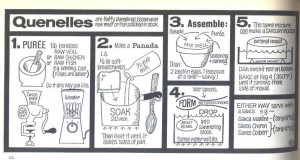 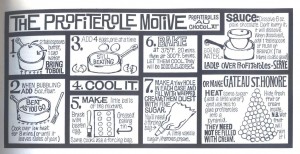 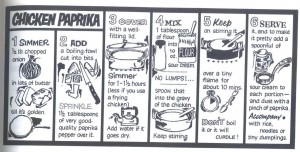